Every kid who grows up with a clothes washing machine has wanted to get in one while it’s on.  This has nothing to do with wanting to be clean (since universally, kids tend to hate baths.  What is that about, getting naked?  Wanting to have control over things that we are not yet old enough to control?  I mean, the anti-bath thing comes just after potty training.  Maybe kids are saying “enough already, I’ve done the toilet thing for you but this getting clean stuff is just asking too much”)  And we get proved right sometimes.  Remember the Benigni film La Vita è Bella? The little boy does NOT get into the shower when the rest of his family is gassed in there.  See?  Cleaning yourself can be dangerous.

Foro does not like baths, but being able to get in the machine and spin around was pretty cool.  Sometimes it’s better being a stuffed cow than a human. 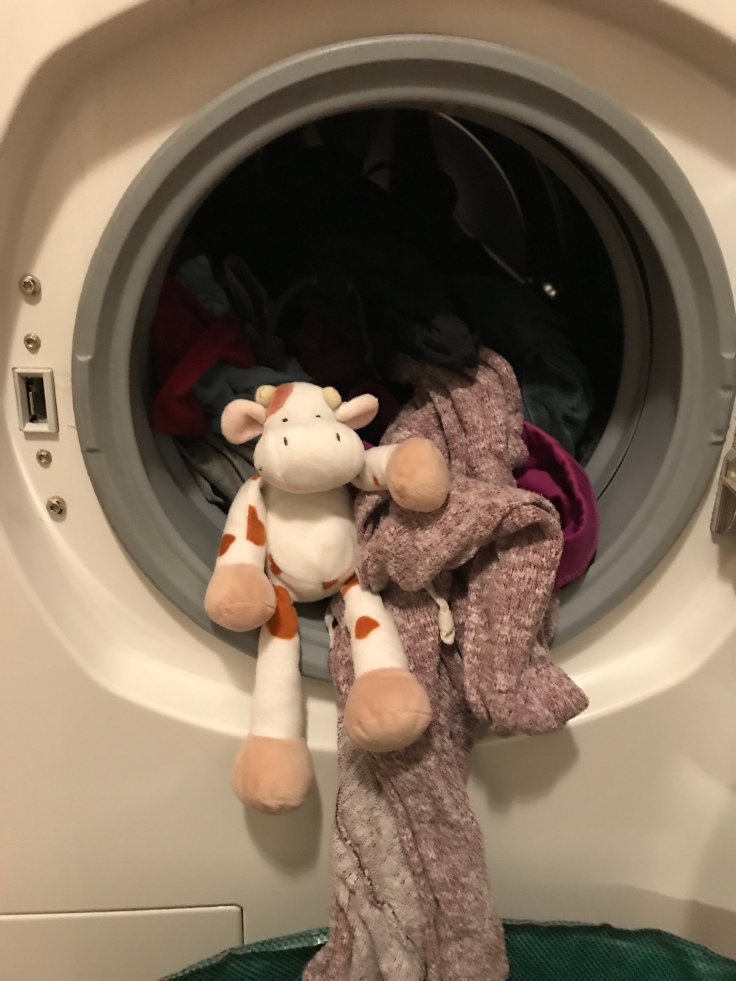 As soon as we name an inanimate object (a car, a favorite chair, a stuffed animal) it starts to have its own personality, opinions, and desires……do you know why Tonto existed in The Lone Ranger?  The Lone Ranger needed someone to talk to.  (A man riding alone does not make for the best television.) So Foro travels with me so I always have a reminder what imagination can bring. And he gives me someone to talk to.